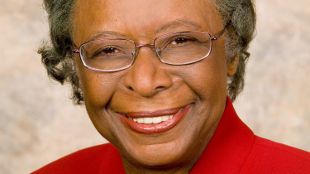 Cora Marrett NSF, SAM KITTNER/KITTNER.COMUntil the Senate confirms who will become the next National Science Foundation (NSF) director, current Deputy Director and sociologist Cora Marrett will play the part, current Director Subra Suresh announced on Friday (March 8). She has been in this position before—taking over as temporary leader of the agency after former NSF Director Arden Bement left in May 2010 until Suresh came that October—and she has been with the agency since the 1990s, when she ran NSF’s social and behavioral sciences directorate. She has also run the agency’s education programs, and has served as the deputy director since January 2009. Given her impressive resume, some former directors think Marrett is ready to take the reins, ScienceInsider reported.

“They couldn't do any better than to...

Current director Suresh will officially step down from his post after just 2.5 years at the end of next week (March 22) to become the president of Carnegie Mellon University in Pittsburgh.