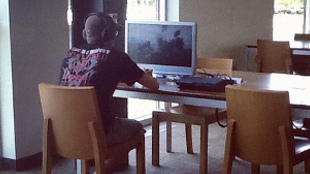 FLICKR, JACOBMETCALFOver the next 10 years, people will increasingly shape their view of themselves and their position in the world using their interactions on Facebook, online games, and other social media, rather than traditional identity-shaping features, such as religion, job, ethnicity, and age, according to a report released by the Government Office for Science's Foresight program of the United Kingdom. While the study acknowledges that the trend can have both positive and negative effects on individuals, it predicts that online identities will have an overall profound impact on society in the near future.

“This report shows that ‘identity’ is not a simple notion,” Sir John Beddington, head of the UK Government Office for Science, wrote in the foreword of the report. “People can have many different overlapping identities, which are fundamental to their individuality. Identities can exercise a powerful influence on the health and well being of communities, and...

Among the positive implications, the report cited the potential for online media to help individuals connect with different communities and escape preconceptions. “The Internet can allow many people to realize their identities more fully,” the authors wrote. “Some people who have been shy or lonely or feel less attractive discover they can socialize more successfully and express themselves more freely online.”

But online connectivity can usher in new problems, including a blurring between private and professional identities, loss of cohesiveness within real-life communities, and a higher potential for identity theft and other online privacy breaches.

“The collection and use of data by government and the private sector, the balancing of individual rights and liberties against privacy and security, and the issue of how to tackle social exclusion will be affected by these trends,” Beddington wrote. “I hope the evidence in today's report will contribute to the policy making process.”