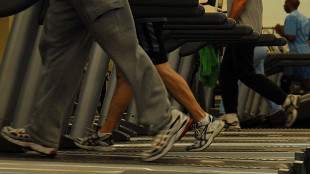 The polyclonal antibodies used to detect the “exercise hormone” irisin in commercial ELISA kits are nonspecific and give false positive results, thereby negating much of the research into the hormone’s function over the last three years, according to a study published this week (March 9) in Scientific Reports. (See “Validating Antibodies: An Urgent Need,” The Scientist, December 2014.)

First announced in a 2012 Nature paper, irisin was identified as the cleaved glycosylated tail of the membrane-bound muscle protein FNDC5, which is thought to travel through the blood and convert white fat cells into calorie-burning brown fat. More than 80 studies that followed up on this finding and its implications for diabetes and obesity used commercial ELISA kits based on three antibodies to identify the protein. When researchers from the Leibniz Institute for Farm Animal Biology in Germany, the University...

Moreover, in this latest analysis, the scientists found that human FNDC5 carried a mutation at the beginning of the gene that results in extremely low levels of the protein, approximately 1 percent of the amount that would be expected from a non-mutated protein. It is thus unlikely that ELISA could have detected the reported levels of irisin, the authors wrote.

“From the start, the study of irisin has been complicated by unvalidated reagents and contradictory data,” study coauthor Harold Erickson of Duke University said in a statement. “Hopefully, our findings will finally convince other researchers to stop chasing a myth.”