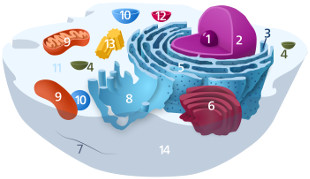 WIKIMEDIA, KELVINSONGA committee led by members of the National Institute of Medicine (IOM) yesterday (February 3) deemed clinical investigations of mitochondrial replacement techniques—approved in the U.K. last year—“ethically permissible as long as significant conditions and principles are met,” the group wrote in a statement. Among the conditions, laid out in a 200-page report, are that use of these techniques “should be limited to women who are at risk of transmitting a severe mitochondrial genetic disease that could lead to a child’s early death or substantial impairment,” the authors noted. And, because mitochondrial DNA (mtDNA) mutations are maternally inherited, “another is that . . . only male embryos created through MRT should be allowed to be placed in a woman for a possible pregnancy.”

Regulatory agencies must still approve clinical studies involving these techniques. As for preclinical research, the IOM committee recommended that, whenever possible, scientists use...

“The Institute of Medicine Committee has, importantly, framed their conclusions around the ethical permissibility of clinical investigations of mitochondrial replacement techniques (MRT), rather than MRT itself,” Johns Hopkins University bioethicist Debora Matthews, who was not involved in the report, wrote in an email sent to reporters. “This is an important distinction, and sets the stage for a series of reasonable restrictions on such investigations, including limiting who may conduct the necessary trials, which conditions may be included, and the sex of the embryos ultimately transferred, all in an effort to minimize risks while improving our understanding of the techniques, their benefits and harms.”

“The limitation of use of mitochondrial replacement to males was [a] surprising and clever twist on their part that makes a lot of sense. It allows them to hive off the germline issues that I think cause the most consternation,” added Eli Adashi of Brown University who also was not involved in the report. “But notice that it creates a distinction from the UK approval process which allows transfer of either kind of embryos.”