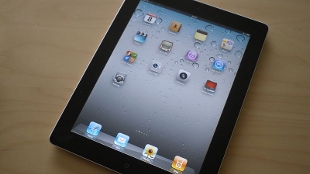 Children suffering from hydrocephalus, the abnormal accumulation of cerebrospinal fluid (CSF) in the brain, should be careful when using Apple’s popular tablet, the iPad 2: if held within 2 inches of the magnetically programmable shunt devices often used to treat the disorder, the computer’s magnets can change its settings, causing the shunt to malfunction, according to a study published in the August 2012 issue of the Journal of Neurosurgery: Pediatrics.

The authors initiated the study after having issues with a programmable shunt in a four-month-old girl patient who received a shunt with a magnetically programmable valve to regulate the flow of CSF. After the girl’s mother used an iPad 2 while holding her daughter, the doctors found that the patient’s shunt valve settings had been changed.

The iPad 2, unlike the original iPad, contains several magnets, and users often encase it in the magnetic Apple...

Of course, the Apple tablet isn’t the only threat to these programmable devices, as its magnetic field is of similar strength to many household magnets. But it’s important that patients and caregivers are aware of the possible complications, and take appropriate precautions, the authors said.