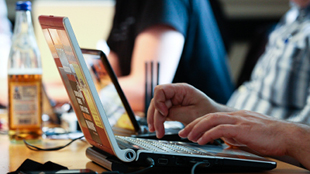 WIKIMEDIA, TOBIAS M. ECKRICHIn 2008 the National Institutes of Health (NIH) began mandating that all of the research the agency funded be publicly available within a year and deposited in the online repository PubMed Central (PMC). Now PMC is taking away traffic from journal websites, according to a new study published in The FASEB Journal, even when the journals also provide the articles for free.

The paper’s author, Philip Davis, who runs his own consulting company in Ithaca, New York, did a case-control study, analyzing PDF and HTML article downloads taking place between February 2008 and January 2011 from 14 biomedical research journals. He compared “cases”—NIH-funded articles that became free both on PMC and on the journal websites—with “controls”—articles not funded by the NIH, which the journals made freely available after a year on their website but did not post to PMC—and found that articles posted on PMC...

The NIH’s open access policy has been hailed as one that gives taxpayers access to research they have paid for, but Davis argues that PMC is having a negative effect on scientific societies’ cohesion by drawing traffic away from their websites. Readers who download articles from PMC will not see society announcements or other contextual information the journal provides, he said.

“I hope that studies like these will help inform the public debate on the effects of open government literature repositories on various stakeholders and aid in the formation of evidence-based public policy,” Davis told Science 2.0.