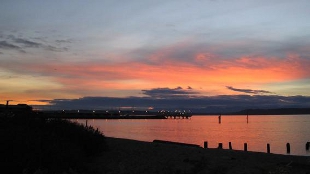 Metagenomics is the practice of taking a sample—a scoop of dirt or a cup of seawater—and sequencing all the DNA within. The technique helps researchers estimate the diversity of organisms found in a given environment, but until now, it wasn’t effective at sequencing individual species because there was no way to parse apart the data.

But a new computational approach published yesterday (February 2) in Science may provide the answer and allow researchers to sequence individual genomes from metagenomic data. The researchers applied their method to water samples taken from the surface of the Puget Sound, and were able to extract two complete genomes from a slurry of DNA from 14 different organisms.

“Our approach is exciting because it finally opens up a window to determine how entire microbial communities work,” study co-author Virginia Armbrust of the University of Washington in Seattle told...

The team plans to release the new software later this year, Nature reported.