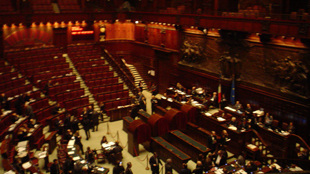 The Palazzo Montecitorio is home to one house of the Italian Parliament.WIKIMEDIA COMMONS, RUANDABIT

A panel of Italian science administrators and stem cell scientists convened Friday (July 12) to discuss with Davide Vannoni, the president of the Stamina Foundation, the details of a government-sponsored clinical trial of a controversial stem cell treatment, reported ScienceInsider.

Italian stem cell scientists have criticized Stamina’s treatment as being untested, and opponents of the trial are hoping that recent news concerning allegedly plagiarized figures in a patent application filed by Vannoni will steer public funds away from the research. One critic, Massimo Dominici, president-elect of the International Society for Cellular Therapy, told ScienceInsider that the proposed trial is a “waste of money.”

Despite the scrutiny, the Italian Parliament decided in May that a small group of patients could continue treatment, and has set aside €3 million for the 18-month-long trial. On...

Stamina “must present the protocols as soon as possible,” Maria Chiara Carrozza, Italy’s minister of universities and research, told ScienceInsider. “Anything else would be neither scientific nor ethical.”

Vannoni has already indicated to the panel that he will not change his protocol for fabricating stem cells to meet an international quality standard called the Good Manufacturing Practice. According to ScienceInsider, he has also told the panel that cells for the trial must be produced under supervision of a Stamina biologist and that the trial should include patients with three different diseases: amyotrophic lateral sclerosis, cerebral palsy in infants, and a degenerative disease with non-neurological origin. He has indicated that if his conditions are not met, he may move the research abroad.