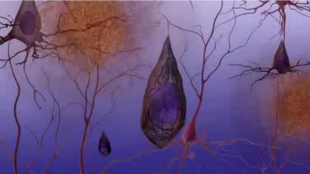 WIKIMEDIA, NATIONAL INSTITUTE ON AGINGAcknowledging the concerns of a number of scientists in Italy, the country’s health minister, Beatrice Lorenzin, agreed to put a stop to a controversial stem cell clinical trial. “This is the end of the matter,” Luca Pani, president of the Italian Medicines Agency, told Nature. “And we are very happy.”

The Stamina Foundation, an Italian research organization, developed a method to treat neurodegenerative diseases using neurons grown from bone marrow. The Italian government agreed to fund the trials. But an expert panel, appointed by the Italian government to hash out an appropriate way to proceed with testing the therapy, determined that the method was bunkum.

Indeed, scientists in Italy have been concerned that there was no scientific foundation to Stamina’s method. And earlier this year, Nature did its own investigation, revealing that a figure in a patent application from Stamina originated from...

Already, some patients in Italy are in the course of receiving Stamina’s treatments, and it’s not clear how the Health Minister’s decision will affect them. Stamina president Davide Vannoni told ScienceInsider that “the reasons for rejection are totally unfounded.” According to Nature, Vannoni plans to reinitiate the trial, this time in China.