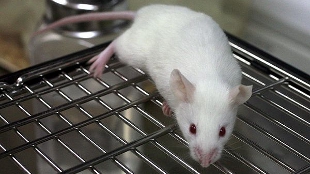 WIKIMEDIA, RAMALast Saturday (April 20), five animal-rights activists destroyed years’ worth of research at an animal facility at the University of Milan’s pharmacology department, releasing rodent and rabbit research subjects from their cages and swapping cage labels. They occupied the lab for about 12 hours, confusing countless experiments that relied on the genetic models of psychiatric disorders, including autism and schizophrenia. Once inside—no signs of forced entry suggest the group somehow acquired an electronic key card—two of the attackers chained themselves by the neck to the main doors of the facility, so that if anyone tried to pry their way in, they would have endangered their lives, Nature reported.

“It will take three people at least a year to build up the colonies we had of mouse models of different psychiatric diseases,” University of Milan neurobiologist Michela Matteoli told Nature.

The attackers, who came prepared with sleeping bags...

Local police and Paola Viani, deputy director of the pharmacology department, negotiated with the activists, convincing them to leave with fewer than 100 animals, but were promised more later. Some of the mice the activists took, however, are immunosuppressed “nude” mice, which cannot survive outside the controlled environment of the lab.

In response to the attack, dozens of scientists gathered on Sunday to protest the ignorance and bullying of the Fermare Green Hill activists, and University of Milan researchers published an open letter explaining the value of the research that takes place at the facility. The university, which is currently assessing the full extent of the damages, may press charges, University of Milan pharmacologist Francesca Guidobono-Cavalchini told Nature.