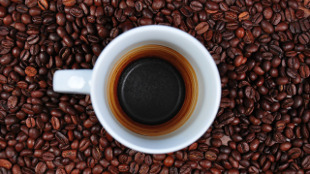 Genetic differences that affect caffeine metabolism, as well as sugar and fat metabolism and brain chemistry, may lead some people to consume more coffee than others. In a study published yesterday (October 7) in Molecular Psychiatry, researchers used single-nucleotide polymorphism (SNP) information from more than 120,000 people to confirm two known variants linked with coffee drinking and identify six new loci associated with the behavior. The results could guide future investigations into the health risks and benefits of drinking coffee.

“We’ve been bombarded with studies showing good and bad findings related to coffee,” study coauthor Marilyn Cornelis, a nutrition research associate at the Harvard School of Public Health, told The Boston Globe. “But genes may account for these health differences among people [and] also lead some to drink coffee and others to abstain.”

Of the SNPs identified in the study, two were found in a previous analysis...

In addition, the researchers detected variations linked to increased coffee drinking near the genes GCKR and MLXIPL, whose products affect sugar and fat metabolism, respectively. GCKR is involved in glucose sensing in the brain and may affect the brain’s response to caffeine. Two other coffee-associated SNPs occur close to BDNF and SLC6A4, genes that are related to reward circuitry in the brain.

Genetic variations accounted for 7.1 percent of the observed differences in coffee consumption, and each of the variants associated with higher consumption was present in a relatively large proportion of the population, ranging from 10 percent to 40 percent.

Each SNP was correlated with drinking about a quarter-cup more coffee per day. This may seem like a small amount, but as Cornelis told Vox, “when you add them up, it can accumulate to a significant difference between individuals.”