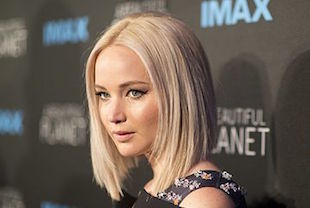 Actress Jennifer Lawrence is set to star as Elizabeth Holmes in a film about Theranos, the biotech startup that was valued at $9 billion before a Wall Street Journal investigation uncovered serious issues with some of the company’s claims, Deadline Hollywood reported last week (June 9). The film will be produced by Adam McKay, who recently produced The Big Short, the financial drama based on the book by Michael Lewis.

Meanwhile, Theranos’s troubles continue. Walgreens, the startup’s largest customer, yesterday (June 12) announced that it is ending its partnership with the firm. “In light of the voiding of a number of test results, and as the Centers for Medicare and Medicaid Services (CMS) has rejected Theranos’ plan of correction and considers sanctions, we have carefully considered our relationship with Theranos and believe it...

Theranos rose to prominence with the claim that it could perform routine blood tests using just a few drops of blood from finger prick. Following the The Wall Street Journal’s October 2015 article, a number of the company’s other claims have been challenged—including, for example, that it worked with pharmaceutical company GlaxoSmithKline, according to The Verge.

A Theranos memo obtained by journalists in April noted that the Securities and Exchange Commission and the US Attorney’s Office were investigating whether the company may have misled investors.

The CMS launched an investigation of a Theranos laboratory in Newark, California, last fall, finding problems. The agency is expected to decide on possible sanctions against the company within the next two weeks, according to the Wall Street Journal.

Update (June 13): “Quality and safety are our top priorities and we are working closely with government officials to ensure that we not only comply with all federal regulations but exceed them,” Brooke Buchanan, Theranos’s vice president of communications, said in a statement emailed to The Scientist.