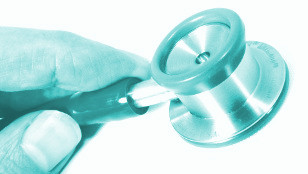 WIKIMEDIA, STETHOSCOPESJohns Hopkins University and other institutions are facing an up-to-$1 billion lawsuit brought by nearly 800 research participants and their families regarding experiments conducted in Guatemala during the 1940s that involved some participants getting sexually transmitted diseases (STDs) like gonorrhea, The Baltimore Sun reported yesterday (April 1). In August 2011, a US federal bioethics commission released a report detailing its probe of the experiments, finding ethical misconduct. A year earlier, President Barack Obama apologized to the participants and their families.

This latest suit, filed in Baltimore Circuit Court, also names the Rockefeller Foundation and Bristol-Myers Squibb (BMS) as defendants, The Sun reported. Officials at both Johns Hopkins and Rockefeller told the newspaper they found the experiments “deplorable . . . unconscionable,” and “morally repugnant,” respectively, while BMS officials declined to comment.

Still, Johns Hopkins spokesperson Kim Hoppe told The Sun that the suit “is an attempt by plaintiffs’...

In a 2012 New York Times opinion article, The Sun noted, I. Glenn Cohen and Holly Fernandez Lynch at Harvard Law School wrote: “Congress and the [Obama] administration must step up more than they have, by offering financial restitution to Guatemalans with plausible claims of harm. . . . Justice has not been done.”