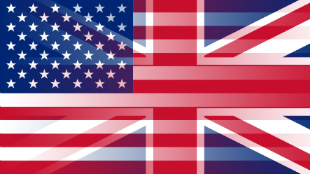 WIKIMEDIA, HELLERICKThe National Science Foundation (NSF) and the United Kingdom Research Councils (RCUK) have entered a five-year agreement, which went into effect last week, to abide by the same principals in meting out research grants. Times Higher Education noted that the funds are subject to limitations set by the US federal government, including restrictions on political science “projects that are deemed to be vital to national security or to furthering US economic interests,” THE reported. “The [NSF] is reportedly still considering how to interpret this rule.”

The pact, which affects proposals for behavioral and economic research projects between US and UK collaborators, lets researchers apply to just one agency—the one that funds the majority of the research—rather than having to apply to both. “This agreement not only strengthens the existing valuable research links between the U.K. and the U.S., but by avoiding ‘double jeopardy’ in funding applications, it removes...

But the agreement evidently subjects these international collaborations to US political will, which can impact research funding. Boyle pointed out in an article in Science last month that a proposed bill would cut out health economics research at the National Institutes of Health (NIH), for instance. “The United States has benefited enormously from social science research in the past,” Boyle wrote. “Politicians would be wise to acknowledge this and refrain from a self-defeating critique of the world’s leading social science community.”

The US-UK pact initially involves only the NSF’s Social, Behavioral and Economic Sciences Directorate, but the agency said it plans to expand the agreement to other fields.