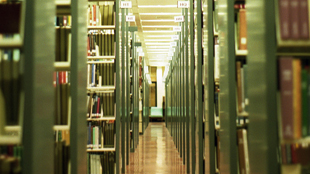 The discrepancies come with bundled packages of online subscriptions, prices for which are often negotiated behind closed doors. Scientific publishers have been accused of using bundling deals to be able to sell subscriptions for smaller or poor-quality journals that might otherwise be forced to close. Publishers require that institutions sign nondisclosure agreements, “partly to limit the bargaining power of buyers and partly to hide the results of this unequal bargaining power,” Peter Suber, director of the Office for Scholarly Communication at Harvard University, told ScienceInsider.

To unearth some of these data, a team of US economists contacted university librarians...

In the end, the researchers gathered price data across institutions for 2,009 deals with Elsevier, Springer, Wiley, and more, and found some startling inconsistencies. The similarly sized University of Wisconsin, Madison, and University of Michigan, Ann Arbor, for example, paid Elsevier $1.22 million and $2.16 million, respectively, for the same bundle of journals. The University of Texas, Austin, paid $481,932 for Springer journals, while the University of Miami in Florida, which has far fewer PhD students, paid more ($553,923). And the smaller University of Oklahoma paid more than twice as much ($500,744) as the University of Missouri, Columbia, ($233,659) for access to Wiley journals.

“We realize that a simple linear equation involving enrollment and PhDs does not fully explain the value of journals to universities,” coauthor Theodore Bergstrom, an economist at the University of California, Santa Barbara, told ScienceInsider. “On the other hand, we think that it may be helpful for librarians to compare the price they are paying with prices paid by their peers.” As such, they have made the data publically available.

But price transparency is “just one step that has to be taken if there is to be any chance of revolutionary change” regarding journal prices, Tim Gowers, a mathematician at the University of Cambridge in the U.K., told ScienceInsider. “The actual problem is that we’re all paying too much.”

Correction (June 18): This story has been updated from its original version to correctly reflect that ScienceInsider originally reported this story, not Nature News. The Scientist regrets the error.