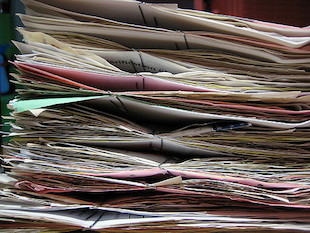 FLICKR, LUXOMEDIAThe Annals of Internal Medicine is now requiring the authors of clinical trials to publish the original protocols along with the studies, as well as any changes to those protocols, Retraction Watch reported last week (May 13). The move follows an allegation by the Compare Trials project—which tracks switched outcomes in clinical trials—that five trials published in Annals over a six-week period misreported the outcomes originally specified.

“This change was something we planned prior to Compare and were intending to implement with an update of our online journal that is in process,” Darren Taichman, the executive deputy editor of Annals, told Retraction Watch. “However, the barrier Compare encountered in obtaining a protocol for one of the studies in their audit prompted us to implement it earlier.”

According to its website, the journal now requires that “authors of manuscripts that report clinical trial results must submit the original preenrollment protocol ....

Members of Compare Trials examined Annals clinical trial reports and their original protocol entries, counting the number of outcomes in the protocol were never reported, and how many new outcomes were added. They then wrote letters to the journals where outcomes were misreported, and tracked which journals published the letters.

“Annals have been the real surprise for everyone: dismissing concerns, writing error-laden ‘rebuttals,’ and even effectively telling trialists that they don’t need to worry about replying to corrections on gross misreporting,” Compare Trials project leader Ben Goldacre told Retraction Watch earlier this year (February 26).