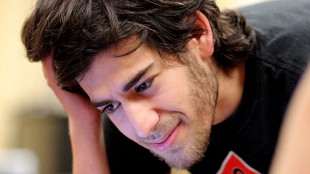 Aaron SwartzWIKIMEDIA, SAGE ROSSComputer programming prodigy Aaron Swartz, an early developer of the popular social news site Reddit, was found hanged on Friday (January 11), in an apparent suicide in his New York City apartment. His untimely death came amid federal hacking charges claiming he had gained illegal access to the Massachusetts Institute of Technology (MIT) computer networks and JSTOR—a subscription-only, online journal database—allegedly downloading 4.8 million scholarly articles and documents. Though he later returned the stolen files and JSTOR did not press charges, Swartz, 26, still faced criminal charges, up to 35 years in prison, and $1 million dollars in fines. Family and friends claim that the impending trial, which was set for April, and the potential penalties contributed to Swartz’s death. JSTOR has since released a public statement saying it “regretted” ever being involved in the case.

“He was a truly gifted person who made important...

Swartz’s family and business partner released their own statement, linking the pending trial to Swartz’s death. “Aaron’s death is not simply a personal tragedy. It is the product of a criminal justice system rife with intimidation and prosecutorial overreach. Decisions made by officials in the Massachusetts U.S. Attorney’s office and at MIT contributed to his death. The US Attorney’s office pursued an exceptionally harsh array of charges, carrying potentially over 30 years in prison, to punish an alleged crime that had no victims.”

Swartz, who helped create RSS software when he was 14 years-old, was an unwavering defender of open-access information and internet freedom. Technology heavyweights have posted public condolences and tributes to the late programmer across the web, including Sir Tim Berners-Lee, the creator of the World Wide Web, who posted a poem, in which he referred to Swartz as “a mentor, a wise elder.”