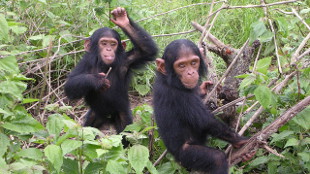 New York State Supreme Court Justice Barbara Jaffe yesterday (April 20) ordered officials at Stony Brook University to provide justification for their custody of Hercules and Leo, two chimpanzees used in research. According to ScienceInsider, Jaffe’s decision “seems to recognizes [sic] chimpanzees as legal persons for the first time.” Her granting a writ of habeas corpus—through which plaintiffs can argue against unlawful detainment—on behalf of the chimps is the latest development in a years-long string of legal proceedings stemming from cases brought by the Nonhuman Rights Project, a group that maintains that research chimps like Hercules and Leo should be released to sanctuaries. Stony Brook will present its justification for keeping the animals at a May hearing.

The final say on whether chimps will be considered legal persons is far from over, however. “The Order does not...

Natalie Prosin, the executive director of the Nonhuman Rights Project, told the Times that her group is “grateful for an opportunity to litigate the issue.” Stony Brook has not commented publicly on the purpose of holding the chimps.

Update (April 24): As ScienceInsider reported, in an amended court order, “the words ‘writ of habeas corpus’ have been struck out, suggesting that the court has made no decision on whether Hercules and Leo . . . deserve to be treated as legal persons.”