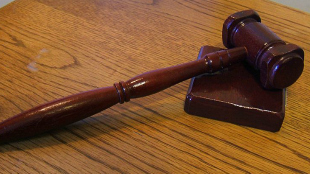 WIKIMEDIA, ANOKOThe D.C. Circuit Court of Appeals ruled this week (February 4) that culturing a patient’s stem cells for therapeutic use falls under the aegis of the US Food and Drug Administration (FDA). FDA has said therapeutic stem cells should be regulated as drugs.

“It is much too simplistic to think that stem cells are removed from the body and then returned to the body without a ‘manufacturing process’ that includes risk of transmission of communicable diseases,” Leigh Turner, a bioethicist at the University of Minnesota, told Nature News in 2012 following a ruling by the US District Court in Washington, D.C. “Maintaining the FDA’s role as watchdog and regulatory authority is imperative,” Turner added.

This week’s decision upheld that earlier ruling. The company involved in the case is Regenerative Sciences, which was using patients’ mesenchymal stem cells (MSCs) in its Regenexx procedure to treat orthopedic problems. There is...

The firm’s CEO, Chris Centeno, told Paul Knoepfler, a blogger and stem cell researcher at the University of California, Davis, that Regenerative Sciences “will abide by the ruling as we have done since August of 2010. At that time we got our first written indication of a formal FDA position and we complied by no longer culturing cells at our Colorado medical practice.” Knoepfler wrote that he supports the court’s ruling.