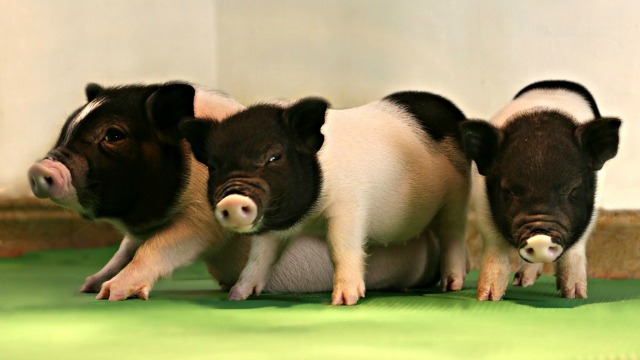 Piglets whose genes were altered using CRISPREGENESISThe gene-editing technique CRISPR-Cas9 has received ample attention for its potential to improve human health via gene therapy. Today (August 10), an international team of researchers announced a step toward giving it an entirely different role in medicine: enabling xenotransplantation—in this case, of pig organs into humans. As reported in Science, the group used CRISPR to disable viral DNA lodged in the pig genome and then grew healthy piglets from the edited cells.

Pig organs are about the same size as humans,’ so some scientists and transplant surgeons see them as candidates to solve the problem of a shortage of organ donors, reports The New York Times. Previous experiments have worked toward customizing pig organs to make them compatible with human recipients. But one concern has been the potential for the zombies of pig infections past, known as porcine endogenous...

The research group identified 25 PERVs in pig genomes, then used CRISPR-Cas9 to inactivate all of them. They inserted the edited genetic material into pig eggs to create embryos, which were implanted in sows and developed into piglets, reports New Scientist.

The New York Times notes that patients with diabetes have been treated with pig pancreatic cells, and burn victims with pig skin grafts, with no apparent problems so far caused by PERVs.

Jay Fishman, co-director of the transplant program at Massachusetts General Hospital, questions whether PERVs were really so dangerous in the first place. “We don’t know that if we transplant pig organs with the viruses that they will transmit infections, and we don’t know that the infections are dangerous,” he tells the Times. “I think the risk to society is very low.”