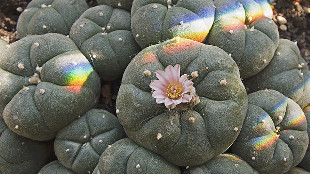 FLICKR, ZAPDELIGHTSeveral associative studies have drawn vastly different conclusions about the connections between psychedelic drugs and mental health. Today (August 19) the field gets even hazier, as researchers from the Norwegian University of Science and Technology (NTNU) suggest that lysergic acid diethylamide (LSD), “magic” mushrooms, and peyote do not increase a person’s risk of developing mental health problems—and report that psychedelic drug use was actually linked to fewer such issues, according to their recent investigation.

In a study appearing in PLOS ONE, the Norwegian team analyzed health data on more than 130,000 people chosen at random from the US Substance Abuse and Mental Health Services Administration’s 2001–2004 National Survey on Drug Use and Health, of which 22,000 said they had used psychedelics at least once. The researchers found no links between the self-reported use of psychedelic drugs and a range of mental health problems, including general psychological distress,...

“After adjusting for other risk factors, lifetime use of LSD, psilocybin, mescaline, or peyote, or past-year use of LSD, was not associated with a higher rate of mental health problems or receiving mental health treatment,” NTNU psychologist Pål-Ørjan Johansen said in a statement.

In fact, Johansen and his coauthor found that lifetime use of psilocybin—the psychedelic compound in “magic” mushrooms—or mescaline—the psychedelic agent in peyote—and past-year use of LSD were instead associated with reduced rates of serious psychological distress. They also found that lifetime use of LSD was associated with reduced rates of outpatient mental health treatment and fewer prescriptions for psychiatric drugs.

Overall, though, the researchers note that their study helps to refute previous speculations that psychedelic drugs lead to an increase in mental health problems. In a statement, study coauthor Teri Krebs pointed out that during “the past 50 years, tens of millions of people have used psychedelics and there just is not much evidence of long-term problems.”