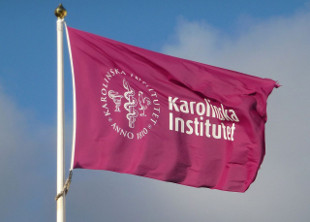 WIKIMEDIA, HOLGER.ELLGAARDIn light of another ongoing investigation of the work of organ engineer Paolo Macchiarini of the Karolinska Institute (KI), Anders Hamsten, the institute’s vice-chancellor, announced his resignation last week (February 13). Earlier this month, following the release of a three-part documentary series on Macchiarini’s controversial work, the institute decided to reopen its investigation of Macchiarini (who was cleared of misconduct last summer). Officials at the institute said that the series brought to light new information that made them question their earlier decision.

“It seems very likely that my decision in this case was wrong,” Hamsten wrote in his Dagens Nyheter commentary. “In hindsight I can conclude that I should have looked for these probable inaccuracies during the review that led to the decision KI made on the matter of misconduct in August 2015. We should, quite simply, have been more thorough.”

“The fact that Karolinska Institutet’s reputation...

Hamsted isn’t the first official to have stepped down as a result of the scandal. Earlier this month (February 7), Karolinska’s Urban Lendahl, secretary general of the Nobel Assembly, announced he would be stepping down from his post because he would likely be involved in this latest investigation into Macchiarini.