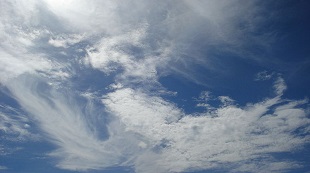 WIKIMEDIA, CHEVY111Kawasaki disease, the number-one cause of acquired heart disease in children in industrialized countries, may be caused by toxins that arrive with seasonal winds, according to a study published this week (May 19) in PNAS. A team led by Xavier Rodó, a climate scientist at the Institut Català de Ciències del Clima (IC3) in Barcelona, Spain, studied outbreaks of the disease in Japan from 1979 to 2010. Comparing that information to wind patterns, the researchers narrowed the source of the disease to farmland in northeastern China.

The researchers ruled out infectious agents because of the quick onset of the short incubation period they calculated. Whether the causative toxin is a fungus, pesticide, or plant-based remains to be seen. The team also found Candida fungus in air samples taken from winds blowing from northeastern China. “I think there is evidence that [Kawasaki disease] looks like other bacterial toxin...

Kawasaki disease is most common in children under five and causes a rash and an often uncontrollable fever. The disease was first identified in Japan in 1961, but its cause remains a mystery. The highest incidence of Kawasaki disease is in Japan, which reports more than 12,000 cases annually. In the U.S., 5,000 to 6,000 cases are reported every year.

“A more focused investigation should center in this area to precisely determine whether pesticides or fertilizers used have had a role in the generation of these particles,” Rodó told Nature News. He has “no doubt that agricultural practices do have an important implication in this story,” he said.