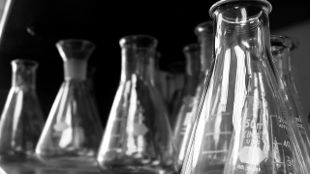 “Transparency and reproducibility are the beating heart of the scientific enterprise,” coauthors Brian Nosek, a professor of psychology at the University of Virginia and executive director of the Center for Open Science, and Chris Chambers of Cardiff University, wrote in The Guardian. “Transparency ensures that all aspects of scientific methods and results are available for critique, compliment, or reuse. . . . Transparent practices such as sharing data and computer code, in turn, safeguard reproducibility: the idea that for a scientific observation to count...

TOP outlines eight areas of disclosure, such as data transparency, and each category contains three levels of stringency, from stating where the data can be found to making the data easily accessible in a databank or even having an independent analysis completed before publication. The guidelines also touch on the transparency of analysis methods, which may include sharing the computer code used. To guard against the publication of only the strong or positive results, the guidelines also recommend sharing study methods, design, and hypotheses before the work is even initiated—a procedure known as preregistration, which is already required for most clinical trials and is common in the social sciences.

But publishing TOP is only a start, Ivan Oransky, an editor of the blog Retraction Watch and editorial director of MedPage Today, told Times Live. “Look, any steps in this direction that even recognize this problem are good ones,” he said. “But the proof will be in the pudding, in whether journals actually hold scientists’ feet to the fire.”