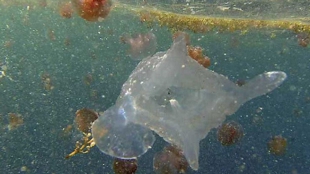 Lisa-ann Gershwin at Australia’s Marine Stinger Advisory Services discovered the new species, Keesingia gigas, after studying a specimen caught in 2013 and photographs from the 1980s. She told the Australian Associated Press (AAP) that the strangest thing about the new species is that is appears to lack tentacles. “Jellyfish always have tentacles . . . that’s how they catch their food,” she said. But the jelly featured in 30-year-old photographs of K. gigas and the specimen caught in Shark Bay by marine scientist John Keesing didn’t have them. This could be because those specimens shed their tentacles as a defense mechanism, Gershwin said. “I think more probably it does have tentacles but by random chance the specimens that we photographed and obtained don’t have them anymore,” she told the AAP. “I think it’s probably a fairly tame explanation—I just don’t know what it is.”

Gershwin discovered K. gigas and another new species that both belong to a group called Irukandji jellyfish, which can inflict painful and sometimes fatal stings. At about a meter wide, K. gigas is the largest Irukandji described to date. Irukandji jellyfish tend to be much smaller—typically about the size of a fingernail. 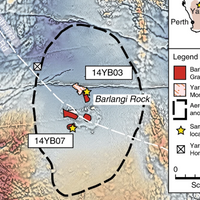