Coax 10,000 cow stem cells to divide more than a billion times and what will you get? A "test-tube hamburger," according to Dutch researchers. Growing livestock tissues ex vivo for consumption may be mankind's only hope when the human population outgrows its food supply, Mark Post, professor of physiology at Maastricht University, Netherlands told the Daily Mail. The researchers estimate that 50,000 tons of meat can be produced by an initial ten stem cells in just a couple of months. Having already grown pork meat in the lab, Post and his colleagues can now add beef to their list. But with the pork looking gray and having the chewy texture of calamari, the one major hurdle remaining, is to make the food appetizing. 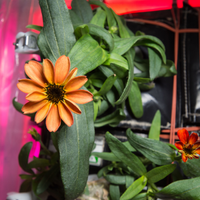