Rats and mice used in toxicology testing and other studies are commonly give constant access to food, and allowed to eat as much as they want. Compared to larger lab animals that are fed regular meals, rodents on a free-for-all diet tend to have higher blood fat, higher, cholesterol, and greater incidence of heart damage and cancer, which can be problematic when investigating the toxicity of new drugs, among other inquiries. Fluctuating food intake can also promote hyperinsulinemia, a precursor for developing diabetes.

"The enhanced insulin sensitivity of the meal-fed rodent suggests that toxicology researchers using an ad libitum model are unknowingly using a diabetic-type model," said Gale Carey and Lisa Merrill from the University of New Hampshire in their new study published online May 29 in Chemical Research in Toxicology.

Reviewing more than 50 published studies from the past 40 years, Carey and Merrill say their review supports the idea that meal-feeding is "an important synchronizer of many behaviors and biological rhythms," and that feeding patterns can affect drug metabolism. Feeding schedule also appears to alter the expression of genes that code for proteins involved in the rate and amplitude of drug interactions in the body. Carey and Merrill conclude that controlling for diet produces less experimental variability, and that researchers should strongly consider diet regime when designing toxicology studies. 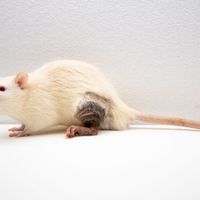