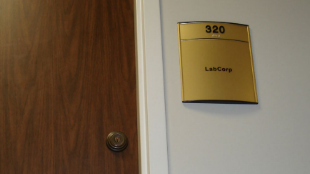 FLICKR, SOLCOOKIEThe diagnostic company LabCorp is entering the clinical trial business with the purchase of Covance, a contract research organization (CRO) based in Princeton, New Jersey, for $6 billion dollars. The Wall Street Journal, citing executives at the firms, reported that “the deal allows LabCorp to diversify its customer base away from insurers and to squeeze more revenue from the extensive patient data it has accumulated.”

“We have an enormous database of patients, which includes their demographic information, their diagnosis information,” the WSJ reported LabCorp Chairman and Chief Executive Officer David King having said in a conference call. “It gives us a tremendous tool to recruit and enroll clinical trials more quickly.” The company insisted that it would be legal to use the database in this way.

A Reuters news report stated that reimbursements for diagnostic services have been cut and orders have slowed. “For LabCorp, the last...

LabCorp’s stock dipped upon news of the purchase, Bloomberg News reported. “There isn’t a clear runway as to where revenue synergies are going to come from,” Bret Jones, a New York-based analyst at Oppenheimer, told Bloomberg News. “Companion diagnostics is definitely an area of interest for the labs and an area of potential growth, but that’s going to take time to develop.”

Other big deals in healthcare and pharmaceuticals this year include Roche’s purchase of InterMune for $8.6 billion; a multi-billion-dollar asset swap between Novartis and GlaxoSmithKline; and Sigma-Aldrich’s sale to Merck for $17 billion.