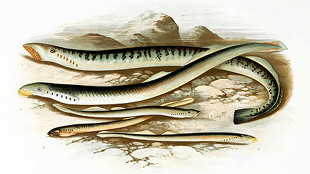 WIKIMEDIA, ALEXANDER FRANCIS LYDONAs part of courtship, male sea lampreys rub a ridge of back tissue against females’ abdomens. According to new research to be published on July 15 in the Journal of Experimental Biology, this ridge of tissue heats up when male fish are near members of their own species, especially mature females. The authors hypothesize that producing heat could be part of the fish’s mating ritual.

The researchers began to wonder if the fatty ridge, called “rope tissue,” could produce heat after looking at it under a microscope and realized the tissue was made up of fat cells very similar to the brown fat cells found in mammals. Mammals use brown fat cells to produce heat in cold weather. The researchers tracked the temperatures of the fish tissue and found that it got hotter in the presence of other sea lampreys, particularly when mature females were around.

The scientists had previously noticed the role of the fish’s ridges in courtship but did not recognize that the tissues had thermal properties. “We thought it’s just a structure that was used for some kind of mechanical stimulation that they needed to trigger the female to lay eggs,” Yu-Wen Chung-Davidson of Michigan State University and an author of the study said in an article accompanying the paper in the Journal of Experimental Biology. 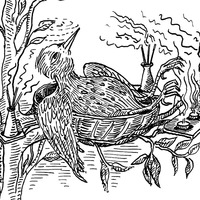 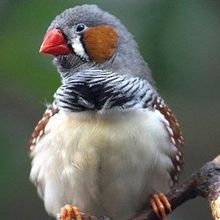