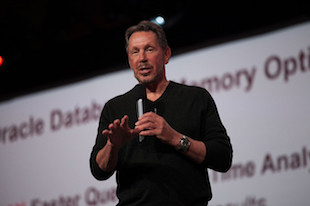 Larry EllisonFLICKR, ORACLE PRLarry Ellison, the billionaire cofounder of software giant Oracle, has donated $200 million to the University of Southern California (USC) to fund the creation of a new institute for cancer research, the university announced yesterday (May 11). The Lawrence J. Ellison Institute for Transformative Medicine will be led by USC Professor of Medicine and Engineering David Agus, and will combine diverse fields of research.

“This investment by Larry Ellison in USC is as inspirational as it is momentous, and it will serve as a dynamic force for change in how we approach cancer treatment and prevention,” USC President C. L. Max Nikias said in the statement.

The money will mostly be used to fund a new building in west Los Angeles—set to open in around 2.5 years—and to support research and artist residency programs, Agus told Bloomberg Technology. “There will be clinics, engineering labs,...

Ellison, who is worth nearly $50 billion, has previously given money to aging research, animal welfare, and polio eradication efforts, The Wall Street Journal reported.

His gift to USC is the latest in a series of high-profile donations to cancer research. In April, billionaire entrepreneur Sean Parker, the cofounder of Napster and former president of Facebook, donated $250 million to bring together researchers to develop new cancer immunotherapies. And in March, former New York City mayor Michael Bloomberg and philanthropist Sidney Kimmel donated $125 million to establish a cancer institute at Johns Hopkins University, also focused on immunotherapy, according to Bloomberg.