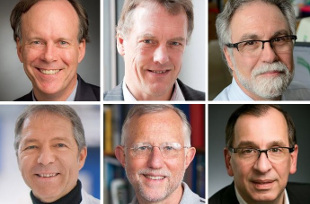 Top (left to right): William Kaelin, Peter Ratcliffe, Gregg Semenza; bottom (left to right): Ralf Bartenschlager, Charles Rice, Michael SofiaALBERT AND MARY LASKER FOUNDATIONWilliam Kaelin of Dana-Farber Cancer Institute and Harvard Medical School; Peter Ratcliffe of the University of Oxford and Francis Crick Institute, both in the U.K.; and Gregg Semenza of the Johns Hopkins University School of Medicine in Baltimore, Maryland, have won the 2016 Lasker Award for basic medical research. The Albert and Mary Lasker Foundation is honoring theresearchers’ [Because they’re not really a trio if they’re working independently.] independent efforts to understand how cells sense and respond to oxygen availability. The scientists’ findings are now being applied to a variety of drug discovery efforts aimed at treating cancer, anemia, and other diseases. “It’s good to receive the award for basic research because that’s what it [this pathway] is: a fundamental piece of animal physiology,” Ratcliffe told reporters during a press briefing today (September 13). (See “Alive via Autophagy,” The Scientist, March 2010; “Sending Out a Hypoxia SOS,” The Scientist, November 2004; “Discovering HIF Regulation,” The Scientist, April 2003; “Seeking a Cellular Oxygen Sensor,” The Scientist, May 2001.) 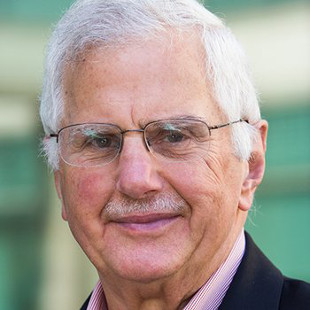 Bruce AlbertsALBERT AND MARY LASKER FOUNDATIONRalf Bartenschlager of the University of Heidelberg, Germany; Charles Rice of Rockefeller University in New York City; and Michael Sofia of Burnaby, Canada–based Arbutus Biopharma have won the 2016 Lasker Award for clinical medical research. Bartenschlager and Rice are recognized for developing a cell culture system for the hepatitis C virus. Their discoveries related to how the pathogen replicates within the liver. Sofia, meanwhile, is honored for helping to translate these basic findings into the US Food and Drug Administration-approved sofosbuvir, which to date has effectively cured the hepatitis C infections of more than 800,000 people, according to the Lasker Foundation. (See “Culturing Hepatitis C,” The Scientist, October 2006; “How Does Your Virus Grow?” The Scientist, September 2005.)

Bruce Alberts of the University of California, San Francisco, has won the 2016 Lasker-Koshland Special Achievement Award in Medical Science in honor of his contributions to science education and policy. “Dr. Alberts is a powerful voice for science,” Lasker Foundation President Claire Pomeroy said during the press briefing. Alberts, who for decades examined the mechanics of DNA replication, is a past president of the National Academy of Sciences and former editor in chief of Science. “What I want people to do is to be able to think like a scientist,” Alberts told reporters.

The 2016 Lasker Awards will be presented September 23 in New York City. 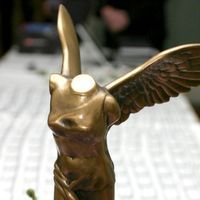