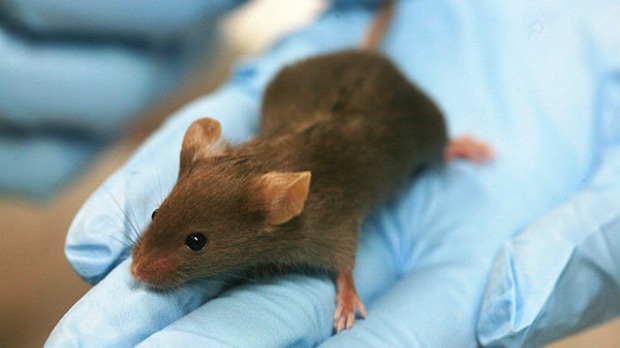 WIKIPEDIA, RAMAGrowth differentiation factor 11 (GDF11) has been hailed an anti-aging protein, capable of spinning back the clock on aged mouse heart and muscle. But a few studies have found evidence to the contrary. Most recently, researchers reported in Aging Cell last month (March 28) that GDF11 did not skeletal muscle satellite cell numbers of older animals as had been observed by others.

“We have been unable to confirm the reported activity of GDF11,” the team from GlaxoSmithKline and Five Prime Therapeutics wrote in its report. In particular, the researchers were unable to replicate the results of a 2014 study from Amy Wagers and Richard Lee of Harvard University and colleagues.

The GlaxoSmithKline group treated skeletal muscle satellite cells from older mice with GDF11 expression vectors, but did not see increased activity as Wagers and Lee had reported. Administering the protein to young mice resulted in a reduction of...

These latest results fall more in line with a 2015 study from the Novartis Institutes for Biomedical Research than with those reported by the Harvard team, although the GlaxoSmithKline group did not achieve all of the same results as the Novartis group. But Lee and collaborators later produced evidence that the discrepancy between their results and the Novartis findings was due to reagents. “I think a lot of this is, early on in the field the reagents aren’t perfect, the assays aren’t perfect, so people get results that look like they’re opposing each other,” Lee told The Scientist in October 2015. “We need better assays, we need more science, we really just need to do more work.”

Indeed, the debate over GDF11’s role in aging is far from settled. In a pair of commentaries in the April issue of Circulation Research, the Lee/Wagers group and a separate team, led by Steven Houser of Temple University, laid out the evidence for GDF11’s functions and attempt to explain the discrepancies between different labs’ results. Given the lack of consensus, the Houser team urged caution regarding translational research efforts. “The data from the Lee/Wagers groups, and the associated media coverage, have given hope to aged individuals with cardiac, skeletal muscle, and central nervous system dysfunction,” Houser and colleagues wrote. “However, there is now sufficient concern about these data and we hope that any proposed rGDF11 clinical trials will do no harm.”

Correction, clarifications (April 5): This article has been updated to note that the authors of the Aging Cell paper assessed the effect of GDF11 on the number of skeletal muscle satellite cells (not on muscle function, as was written). The Scientist regrets the error. This article has also been updated to note that the GlaxoSmithKline group treated skeletal muscle satellite cells from older mice with GDF11 expression vectors and that, while the team’s results were more in line with those published by the Novartis group than with those published by the Harvard team, the findings did not fully agree.