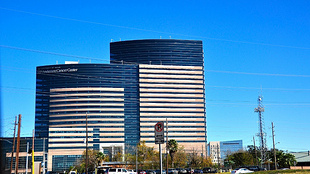 FLICKR, FAUNGGAn investigation by The Cancer Letter reveals that the University of Texas MD Anderson Cancer Center may have spent at least $1.5 million dollars on a project to remodel a suite of office and meeting spaces for Lynda Chin, chair of MD Anderson’s department of genomic medicine and scientific director of the new Institute for Applied Cancer Science (IACS). Chin is also the wife of Ronald DePinho, MD Anderson’s president.

MD Anderson disputes the report, saying that the office renovations cost $547,434 and that the higher figure of $1.5 million included lab equipment such as fume hoods and ventilation.

The Cancer Letter based its assertions on 680 pages of internal documents it obtained through the Texas Public Information Act. The purchases included a total of $210,000 worth of glass walls and doors to “provide a feeling of transparency,” according to the documents. It also includes two settees worth...

The renovations were supposed to make the suite look more “corporate,” according to the documents. The goal of the IACS is to forge partnerships between the center and pharmaceutical companies to create better cancer drugs. “The renovations of space for the Institute for Applied Cancer Science and Department of Genomic Medicine—both new entities for MD Anderson—transformed a traditional academic office suite to a work environment and meeting area for a science/business enterprise, a concept new not only to MD Anderson, but most of academic medicine,” MD Anderson’s statement said.

The revelation comes at a time when MD Anderson is facing some financial troubles. DePinho announced earlier this month in a letter to employees that the center had been spending more than it had been earning and would be cutting expenses by freezing salaries, slowing hiring, and postponing some projects, The Cancer Letter said.

Hat tips to Nature and ScienceInsider.