A House subcommittee is considering a bill that would increase the 2018 budget of the National Institutes of Health (NIH) by 3.2 percent, to $35.2 billion, over this year’s budget, Nature reports. The proposal counters an earlier request by the President Donald Trump’s administration to cut the NIH budget by 18 percent.

The House bill also explicitly rejects the administration’s proposal to slash indirect costs paid to grantees’ institutions to a flat 10 percent of the grant amount. Universities and other research institutions had argued that even the current indirect cost rates, which are negotiated individually with institutions, often don’t cover the full costs of services needed to support NIH-funded research.

In rejecting the administration's proposal, “the House Appropriations Subcommittee on Labor, Health and Human Services, Education, and Related Agencies made it clear that it recognizes these are actual research costs universities incur,” says Association of Public and Land-grant Universities President Peter McPherson in a statement.

However, as Science reports, the legislation also includes a sentence prohibiting the use of federal funding for research on fetal tissues obtained through induced abortions. A statement from the Association of American Medical Colleges’ president and CEO, Darrell G. Kirch, calls the restriction “disappointing” and adds: “The ethical use of fetal tissue is aiding scientists in exploring the fundamental causes of and potential treatments for Alzheimer’s disease, birth defects, blindness, spinal cord injuries, stroke, and ALS.”

The legislation would also increase line items for some specific projects with NIH funding, including the All of US program, which is gathering data on more than 1 million people in an effort to advance precision medicine, and the BRAIN Initiative.

“It’s a great place to start. A $1.1 billion increase is a really good position to be in,” Jennifer Zeitzer, director of legislative relations for the Federation of American Societies for Experimental Biology, tells Science. 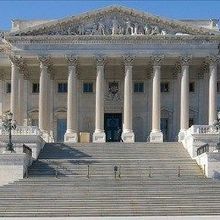