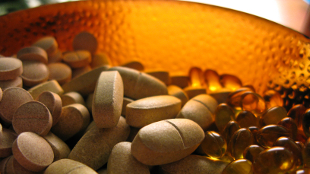 WIKIMEDIA, BRADLEY JDrug giant GlaxoSmithKline (GSK) said it will be eliminating 900 US employees in restructuring its research and development (R&D) efforts, among other things, FierceBiotech reported. But not all 900 will be laid off, GSK said, noting some employees may be relocated to other facilities. The firm’s Research Triangle Park, North Carolina, facility will be hit hardest by the changes.

“The details are still unfolding, but we expect as part of this restructure existing roles will be lost in our US R&D and commercial organizations by the end of 2015,” a GSK spokesperson told The Wall Street Journal’s Pharmalot.

“Some R&D roles will be relocated to the Philadelphia area, and some staff will be offered relocation,” GSK told Fierce. “Cuts are not being made across the board but are strategic, focused changes to allow GSK to operate more efficiently. . . . This is a...

Hints at changes to come at the pharmaceutical firm came earlier this year. In April, GSK and Novartis agreed to swap assets totaling more than $20 billion. Novartis said it would buy GSK’s oncology business, while GSK agreed to purchase Novartis’s vaccines division.