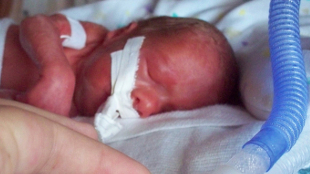 WIKIMEDIA, CEEJAYOZResearchers who led a multi-center clinical trial on the effects of administering oxygen to extremely premature babies can breathe a little easier after the US government agency in charge of protecting research participants has suspended its call to sanction the scientists for failing to fully communicate the risks involved to the subjects’ parents. In a June 4 letter to administrators at the University of Alabama, Birmingham (UAB), which led the so-called SUPPORT trial, the US Office for Human Research Protections (OHRP) stated that it would suspend its previous decision to discipline researchers involved in the study for failing to fully inform parents of the potential risks involved.

The move came as discussion of the decision swirled on the internet and top officials at the National Institutes of Health (NIH), which funded the study, leading bioethicists, and pediatric researchers urged the OHRP to reconsider their move in a pair...

The SUPPORT trial ran from 2005 to 2009, giving more than 1300 extremely premature babies different concentrations of oxygen—all of which were within then-accepted standards of care—to study the causal relationship between the intervention and blindness. The results, which were published in 2010 in The New England Journal of Medicine, indicated that babies receiving lower oxygen concentrations were more likely to die but less likely to go blind.

In March 2013 the OHRP wrote a letter to UAB officials stating their concern that informed consent forms provided to parents enrolling their children in the SUPPORT trial—in which 23 prominent medical centers and research facilities participated—were inadequate. According to the OHRP, the forms failed to disclose to the parents any of the risks of the experimental oxygen-management interventions, including severe retinal damage, possible blindness, neurologic injury, and death. The agency asked that UAB administrators provide a “corrective action plan” to address the concerns.

But in the recent OHRP letter, the agency stated that it “does not and has never questioned whether the design of the SUPPORT study was ethical. It was a study that asked important questions and produced information that promises to advance both scientific knowledge and clinical care.”

And although it has decided to delay any corrective actions against the researchers involved, the OHRP also said that it would be conducting an “open public meeting” on the topic, after which it would reconsider measures to be taken.

Correction (June 11): The original version of this article mistakenly gave the impression that the OHRP had decided not to recommend any disciplinary actions against the researchers who led the SUPPORT trial. In fact, the OHRP has only suspended activities to decide appropriate corrective actions until a public meeting is held to explore the complex matters raised in this case. The Scientist regrets the error.