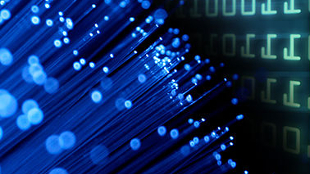 WIKIMEDIA, NSF, BRANDON POWELLA 2013 survey of more than 1,600 life scientists reveals that data-sharing practices have changed for the better, thanks in large part to new policies put forth by the National Institutes of Health (NIH), including a 2003 requirement that researchers begin to include detailed data-sharing plans in large-sum grant applications. The establishment of new data-sharing infrastructure and tools have also “had a sizable effect on encouraging data sharing,” Genevieve Pham-Kanter of the Drexel University School of Public Health and her coauthors reported last week (September 26) in PLOS ONE. Data-sharing policies of individual journals were less impactful, according to the new survey, but did also contribute to the overall rise in data-sharing, as compared with data from a similar survey conducted in 2000.

“The survey results affirmed that the policies of the NIH, the leading supplier of basic-research money to universities, can have a powerful...

Pham-Kanter’s team  did point out that, while progress has been made, “there is still room for improvement.”

“[A]bout one third of grant reviewers placed no weight on data sharing plans in their reviews, and a similar percentage ignored the requirements of material transfer agreements,” the authors wrote in their paper.