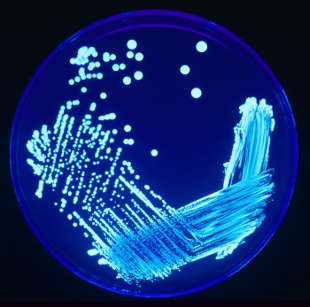 WIKIMEDIA, ALPHA.PRIMA potentially deadly bacterial infection has struck at least six inmates at San Quentin State Prison in San Rafael, California, just north of San Francisco; dozens of others are exhibiting symptoms, according to SFGate. And in Quincy, Illinois, the same infection has claimed seven lives in a veterans’ home, with nearly 40 others already diagnosed, CNN reported. The culprit: Legionella bacteria, which last month killed a dozen and sickened more than 120 people in New York City (NYC).

Just like the 12 NYC victims, all patients in the Illinois veterans’ home who have died following Legionella infection had underlying medical conditions, according to the state’s Department of Public Health. But city officials suspect that the outbreak of Legionnaires’ disease has already spread throughout the home. “Unfortunately, we expect to see additional cases and possibly additional deaths, because the incubation period for Legionnaires’ disease can be up to...

At the northern California prison, one inmate has been taken to a hospital for treatment; the other five who have been diagnosed with Legionnaires’ are being treated in house. Meanwhile, other prisoners are restricted to their cells; meals for the inmates are being prepared outside of the facility and bottled water has been brought in for drinking; and visitation has been suspended, Dana Simas, a spokeswoman for the California Department of Corrections and Rehabilitation, told SFGate.

In New York, health officials traced the outbreak to five water-cooling towers around the city, which have since been disinfected. On August 21, the city declared the outbreak over.