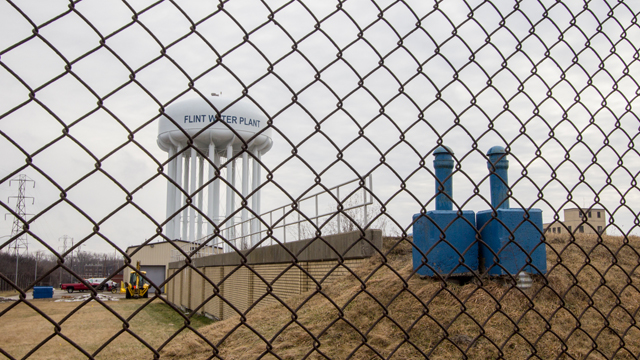 ISTOCK, EHRTIFIn 2014 and 2015, an outbreak of Legionnaires’ disease killed 12 people and infected at least another 87 individuals in and around Flint, Michigan. Low chlorine levels in the water supply were probably to blame, researchers reported Monday (January 5) in PNAS.

The problem began in 2014, when the city’s water started coming from the Flint River rather than Lake Huron. Soon after, hospitals reported an increasing number of cases of Legionnaires’ disease, and residents noticed their tap water was dirty, smelly, and contaminated with lead and another heavy metals. Still, the link between the Legionnaires’ cases and the switch in water source was not clear.

Michele Swanson, a microbiologist and immunologist at the University of Michigan, and her colleagues compared cases of Legionnaires’ in Genesee County, where Flint is located, and two neighboring counties against water chlorine measurements from several sites in Flint. They concluded that...

“This is a big deal,” Janet Stout, a civil and environmental engineer at the University of Pittsburgh who was not involved in the new study, tells BuzzFeed News. “The link to the impact of the water quality on the outbreak has been something that has never been seen before or explored in the level of depth as this investigation.”

According to the new study, the levels of chlorine in the water fluctuated substantially from neighborhood to neighborhood. Part of the problem may have been the presence of heavy metals, such as iron, in the water—iron can bind to chlorine, reducing its ability to act as a disinfectant. That, in turn, can lead to bacterial growth, including of Legionella pneumophila, the species that causes a devastating form of pneumonia at the root of Legionnaires’ disease.

Not everyone is convinced by the study’s results. The Michigan Department of Health and Human Services (MDHHS) released a statement on January 5 pointing out several issues with how the data were used in the new study. Other critics tell Science that the researchers did not take into account the temperature of the Flint River water, which can drive Legionella growth. Lok Pokhrel, a toxicologist at Temple University in Pennsylvania, tells the publication that Legionella, when growing in a biofilm, tolerates high levels of chlorine fairly well because the chemical can’t cut through the bacterium’s slick coating. “Their inference that a reduction in free chlorine in the water supply most likely caused [the Legionnaires’] outbreak seems spurious,” he adds.