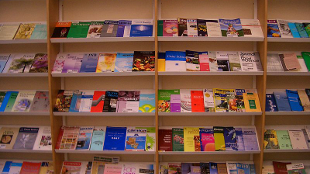 Wikimedia, VmenkovThe influence of high-impact factor journals is declining, according to a study published this week (November 7) in the Journal of the American Society for Information Science and Technology. The findings raise questions over the relationship between the impact-factor—the current best measure of a publication’s influence—and the number of citations subsequently received by papers published in that journal.

Analyzing a sample of around 820 million citations in 25 million articles published between 1990 and 2009, researchers at the University of Montreal found that the proportion of the world’s most-cited articles published in traditional powerhouse journals like Nature, Science, Cell, and the Journal of the American Medical Association (JAMA) has sharply declined over the past 2 decades. In 1990, nearly half of the top 5 percent of articles—those that received most citations over the following 2 years—were published in the top 5 percent highest impact factor journals....

The authors suggest the decline can be attributed to how the Internet has transformed the way researchers search for and source articles. “Search engines provide access to all articles, whether or not they are published in prestigious journals,” Vincent Larivière, an information scientist at the University of Montreal and co-author of the study, said in a press release.

They also point out two common criticisms of the impact factor system: first, that the 2-year time frame in which citations are counted is too short; and second, that the calculations used to determine impact factor are flawed. “Citations from all types of documents published by [a] journal are counted, but they are divided only by the number of articles and research notes,” said Larivière. “Impact factor is thus overestimated for journals that publish a good deal of editorials, letters to the editor, and science news, such as Science and Nature.”