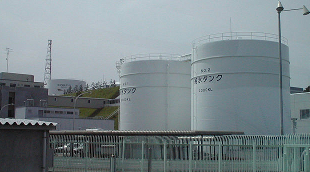 Photo taken at the Fukushima Nuclear Power Plant in 1999WIKIMEDIA, AKIRA KOUCHIYAMAThe release of radioactive materials from the Fukushima Daiichi nuclear power plant 2 years ago this month is unlikely to cause a significant cancer burden, according to a 172-page report released yesterday (February 28) by the World Health Organization (WHO). While workers who were directly involved with the disaster may be at higher risk of leukemia, thyroid cancer, and all solid cancers, even those living near the plant should be safe, the WHO concluded.

“Outside the geographical areas most affected by radiation, even in locations within Fukushima prefecture, the predicted risks remain low and no observable increases in cancer above natural variation in baseline rates are anticipated,” the report’s summary read.

But not everyone’s mind is put at ease. “The WHO report shamelessly downplays the impact of early radioactive releases from the Fukushima disaster on people inside...