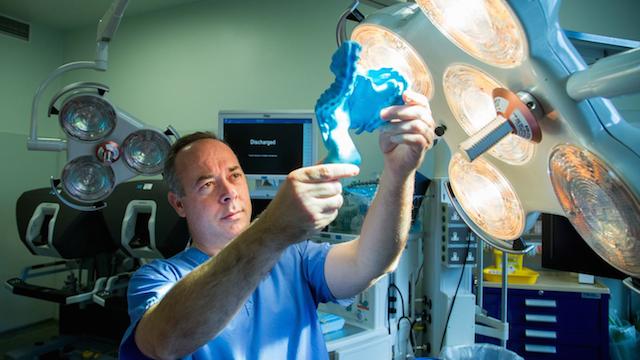 A double membrane called the mesentery curls throughout the abdomen, enveloping the small intestine and anchoring the guts to the rest of the body. Scientists long regarded the mesentery as no more than a supporting feature, but J. Calvin Coffey and his colleagues at the University of Limerick, Ireland, have exposed the full anatomy of the mesentery, and now they propose elevating it to the status of an entirely new organ.

Coffey and Peter O’Leary of the University of Limerick laid out the evidence for this change in The Lancet Gastroenterology & Hepatology in November.

“We are now saying we have an organ in the body which hasn't been acknowledged as such to date,” Coffey wrote in a press release, adding that “the anatomic description that had been laid down over 100 years of anatomy was incorrect. This organ is far from fragmented and...

When the mesentery was first described in detail in the late 19th century, it was classified as a discontinuous tissue dispersed around the abdomen, a definition that persists in modern medical texts. But anatomical research by Coffey and his colleagues has upended that notion, revealing the mesentery to be a single, continuous band of tissue wrapped around the guts.

Adding this little-known membrane to the list that includes our heart, lungs, and skin would bring the total number of organs in the human body to 79. It would also provide an opportunity to establish a new field of study dedicated to the mesentery, potentially opening new approaches to treating disease, Coffey says.

“There are a lot of diseases that we are stalled on, and we need to refresh our approach to these diseases,” he told Discover. “Now that we’ve clarified [the mesentery’s] structure, we can systematically examine it. We’re at a very exciting place right now.”