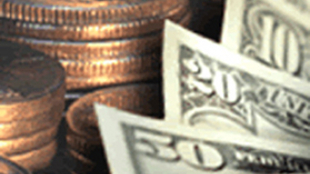 WIKIMEDIA, US DEPT OF THE TREASURYPreparing for the approach of the automatic, across-the-board cuts to the budgets of federal agencies, one gastroenterologist and cancer researcher took protecting the National Institutes of Health’s budget into his own hands. Johns Hopkins University School of Medicine professor Stephen Meltzer started two petitions through the White House’s We the People website earlier this year in attempt to keep the NIH budget safe from further cuts that would come with sequestration and raise it from its current $30.7 billion to $33 billion. On both petitions Meltzer failed to gather the 25,000 signatures needed to trigger a response from the White House.

After sending out hundreds of thousands of emails to colleagues and professional scientific societies, Meltzer discovered that playing political activist was not as easy as he’d anticipated. “The scientific community is very competitive and fractured,” he told ScienceInsider. “People who do [political...

Meltzer was told that appealing to the White House was pointless because President Barack Obama had already submitted his 2013 federal budget plan, which recommended keeping the NIH budget flat for next year. He was also told that his petition asked for $1 billion more than another widely-circulated petition, a conflicting message that might confuse legislators, according to some who Meltzer contacted .

The fate of the NIH budget now lies with President Obama and the US Congress who must hash out a deal to cut the federal deficit to avoid the dreaded “fiscal cliff,” which would cut the NIH budget by $2.5 billion starting next month.

“I’m one of the 49 percent” of the public who doesn't think legislators and the president will succeed, Meltzer told ScienceInsider.