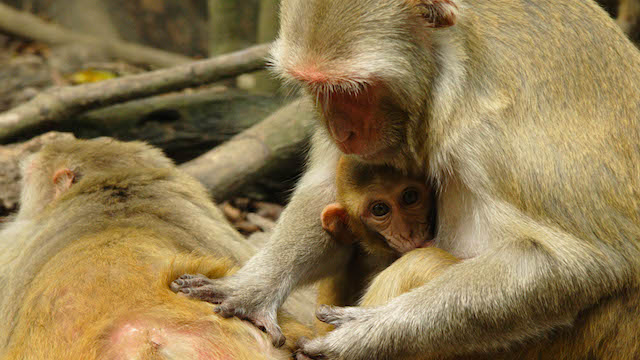 The link between social class and health in social mammals has been well documented. But new research in rhesus monkeys could shed light on the mechanism behind these observations. In a study of 45 female monkeys, researchers observed that changes in social status affected genes that associated with stress and inflammation. The lower a monkey’s social status, the more poorly her immune system performed. The findings are described in a paper published last week (November 25) in Science.

“There was nothing intrinsic about these females that made them low status versus high status,” study coauthor Noah Snyder-Mackler, of Duke University told The New York Times. “But how we manipulated their status had pervasive effects on their immune system.”

Snyder-Mackler and colleagues first placed monkeys into groups of five and observed the social hierarchy they established, while conducting tests on gene expression and immune...

Monkeys shifted to the bottom rungs of the social order were more likely to express high levels of genes associated with inflammation. Immune cells taken from these monkeys were also more likely to show an inflammatory response to bacteria. The finding suggests that social status influences the immune system, not vice versa.

The authors note that monkeys of lower social status have been previously shown to experience high stress, since they endure harassment by higher-ranking individuals. This study bolsters the link between stress and poor immune function.

Since social status can change during a monkey’s life, stress and its associated immune consequences can likely also change. “This suggests the health effects of status aren’t permanent, at least in adulthood,” study co-author Jenny Tung of Duke University said in a press release.