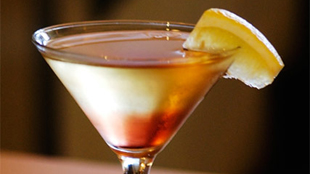 Lysergic acid diethylamide (LSD) may help treat alcoholism, according to a new study in the Journal of Psychopharmacology.

Sifting through studies published on LSD as an alcohol addiction treatment in the 1960s and ’70s, the authors were able to collate data from double-blind and randomized trials. The studies were initially too small to yield positive results, author Teri Krebs, a neuroscientist at the Norwegian University of Science and Technology in Trondheim, explained to Nature. “But when you combine the data in a meta-analysis, we have more than 500 patients and there is definitely an effect.”

While 38 percent of people receiving a placebo reported misusing alcohol less often, 59 percent of those receiving LSD as a treatment claimed to have reduced their alcohol intake. Even one dose of LSD showed a beneficial effect, and the effects lasted 3 to 6 months.

Though the mechanism by which LSD acts is unclear, the drug shares structural similarities with and activates some of the same brain receptors as the neurotransmitter serotonin. Some researchers hypothesize that psychedelics may work by reordering brain pathways leading to addiction.

“Psychedelics probably work in addiction by making the brain function more chaotically for a period—a bit like shaking up a snow globe—weakening reinforced brain connections and dynamics,” explained Robin Carhart-Harris, a psychopharmacologist at Imperial College London who was not involved in the work, to Nature.