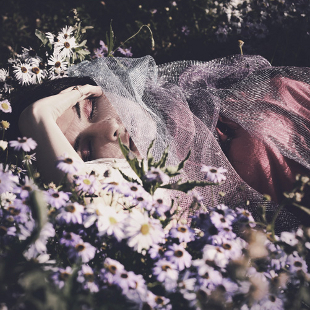 FLICKR, BHUMIKA B.Psilocybin, the psychedelic component of certain mushroom species that continues to be investigated for its use in treating anxiety and depression, elicits brain activity characteristic of someone who is dreaming, according to a study published today (July 3) in Human Brain Mapping.

“People often describe taking psilocybin as producing a dreamlike state and our findings have, for the first time, provided a physical representation for the experience in the brain,” Robin Carhart-Harris, a neuropsychopharmacology postdoc at Imperial College London, said in a press release.

Fifteen participants received injections of psilocybin and allowed their brain activity to be observed under an fMRI scanner. Under the influence of the compound, they exhibited increased brain activity in regions involved in emotion and memory, and the different areas of this network showed coordinated activity—the exact same pattern observed during dreaming. “You’re seeing these areas getting louder, and more...

Moreover, participants who had received psilocybin had asynchronous activity in brain regions involved in high-level thinking, including our sense of self. Together, the results seem to validate the feelings of mind-broadening and selflessness that many report after taking magic mushrooms or other psychedelic drugs. Some have even described such trips as “waking dreams,” a description that now seems more appropriate than anyone realized.

“A good way to understand how the brain works is to perturb the system in a marked and novel way. Psychedelic drugs do precisely this and so are powerful tools for exploring what happens in the brain when consciousness is profoundly altered,” lead author Enzo Tagliazucchi of Goethe University in Germany said in the release. “It is the first time we have used these methods to look at brain imaging data and it has given some fascinating insight into how psychedelic drugs expand the mind. It really provides a window through which to study the doors of perception.”