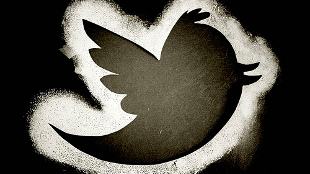 FLICKR, ANDREAS ELDHTwitter’s not just for the birds, argues a group of marine scientists in an Ideas in Ecology and Evolution report. The paper presents a case for more scientists to engage with one another and the public through social media like Twitter—a micro-blogging platform that allows users to send short messages and engage in two-way information flows—using examples drawn from the researchers’ own online networks.

“Many scientists may think they don't have time for Twitter,” lead author Emily Darling, a Smith Conservation Research Fellow at the University of North Carolina at Chapel Hill, told the University of Miami. “But a little effort can provide enormous value for communication and outreach. The solution is to just give it a try.”

The researchers highlighted Twitter’s ability to help scientists build scholarly connections, refine ideas through pre-review, and amplify discussions of science to a broad audience. Twitter, they pointed out,...

“We hope our experiences with social media, and Twitter in particular, will encourage hesitant scientists to give it a spin—we believe there can be great and unexpected value to including social media into the life cycle of a scientific paper,” the authors wrote.