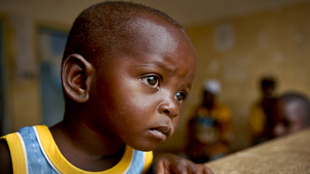 Researchers are questioning the methodology behind a new study that doubles previous estimates of the worldwide malaria death toll in 2010. Published in the February 4 issue of The Lancet, the study uses “verbal autopsies”—interviewing family members or friends of patients—to estimate the total number of those who fell victim to malaria. Critics cite the difficulty in distinguishing between any fever-related death and death from malaria, suggesting that inaccurate reporting could undercut the study’s findings. It’s generally accepted that if children survive malaria infections past age five, immunity to malaria will prevent infection in adulthood. The new data put the rate of malaria-related death in people above the age of 5 eight times higher than estimates calculated by the World Health...

“Verbal autopsy is a very blunt tool—in some cases it is about as good as flipping a coin for working out the cause of death,” Bob Snow, of the Malaria Public Health & Epidemiology Group at the Centre for Geographic Medicine in Nairobi, Kenya, who also reviewed the paper for The Lancet, told Nature. “It can be useful if somebody has died of an obvious cause, such as being run over by a bus, but it’s not very useful for the mixed bag of symptoms malaria is associated with. But in this study, they have essentially taken most deaths from fever and assumed they are due to malaria—that’s a fundamental problem.”