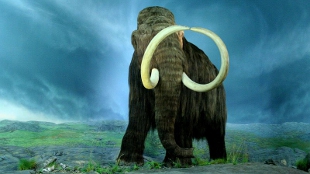 An international team of researchers have uncovered 126 proteins from the femur of a prehistoric woolly mammoth, paving the way for the proteomic exploration of other long-dead organisms.

The researchers used mass spectrometry and refined the sample preparation techniques in order to ensure that the proteins analyzed were indeed from the mammoth, and not a rubber protein from a researcher’s glove, for example, reported Nature. Analysis yielded blood and extracellular matrix proteins, as well as albumin, which is sufficiently variable between species to be used to study evolutionary relationships across the animal kingdom.

“Now we can go back in time and see what we can detect in older samples,” first author Enrico Cappellini from the Centre for GeoGenetics at the Natural History Museum of Denmark in Copenhagen told Nature.