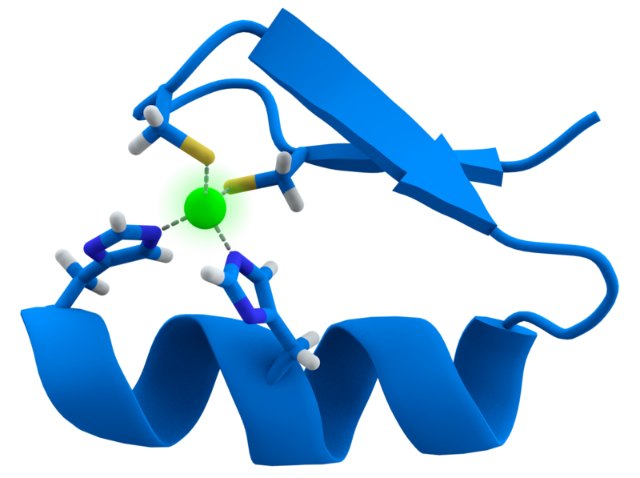 Zinc finger motifWIKIMEDIA, THOMAS SPLETTSTOESSERIn a first, a man has received a therapy aimed at editing the genes inside his body. The Associated Press reports that 44-year-old Brian Madeux, who has a genetic condition called Hunter syndrome, was treated with zinc finger nucleases (ZFNs) targeting a deficient gene in his liver on Monday (November 13) at a hospital in Oakland, California.

“This is the first time someone could have a new gene put into their liver,” Sangamo President and CEO Sandy Macrae told The Scientist in May. “It’s a privilege and a responsibility to do” these trials.

“It’s kind of humbling,” Madeux tells the Associated Press about being the first to receive such an in vivo gene-editing treatment. “I’m willing to take that risk. Hopefully it will help me and other people.”

Compared to genome editing based on CRISPR-Cas9, “zinc finger nucleases are a little more cumbersome to develop,” Paula Cannon of the University of Southern California’s Keck School of Medicine told The Scientist in May. But they offer superior specificity, she said. Sangamo’s system “gives you very specific and highly effective zinc finger nucleases,” said Cannon, who was not involved in the trial. “They can target ZFNs to cut at any particular base.”